Follow the Legallais Team Sealing on the Route du Rhum

Born in Caen, Pierre made his first tacks in the Barneville-Carteret harbour, facing the Channel Islands. He was educated in Caen, Paris, and then London, and continued his higher education at Columbia University on the other side of the Atlantic.

In 2019, he took a gap year to train, qualify and participate in the Mini Transat. This solo transatlantic race allowed him to discover the job of skipper and confirm his passion for the open sea.

In 2021, Pierre launches Legallais in ocean racing with the Legallais Sailing Team. After a season of learning and discovering Class40, he finished 8th in the Transat Jacques Vabre and 5th in the championship with his co-skipper Kevin Bloch.

Born in Rouen on 7 July 1984, Fabien discovered sailing at the age of 9 in Ouistreham, in Normandy. He worked in the dinghy sector until 2008 and then spent 6 seasons on the demanding Figaro2 one-design circuit from 2009 to 2014. In 2013, he also won the Transat Jacques Vabre alongside Sébastien Rogues in a Class40. In 2015, he became a coach and joined Jean-Pierre Dick’s team on the “Saint-Michel Virbac” foil boat IMOCA, responsible of performance. The same year, Fabien took part alongside Jean-Pierre Dick in the Transat Jacques Vabre and then accompanied him to the Vendée Globe.

Fabien then left for 2 years on the mythical Ocean Race (formerly Volvo Ocean Race) with the Dongfeng team, as a sailor and responsible for the performance unit. A race of excellence that he won! In 2019, Fabien returned to the Figaro circuit with his new Figaro3 one-design foil boat. He spent three seasons racing single-handed and achieved podium finishes in the French Elite Championship and 5th and 6th places in the renowned La Solitaire du Figaro race.

Originally from the Paris region, Paul was not destined to make sailing his profession. However, he discovered his passion at the age of 7 by following the competitors in the Vendée Globe. Hooked on cartography and their on board messages, he enrolled in sailing courses the following summer.

Paul started competing in 2015 in La Rochelle and joined a maritime high school where he obtained the Captaine 200, a merchant marine certificate. He bought his first Mini 6.50 in 2018 and completely renovated it. During the 2019 season, he met Pierre, as they were both participating in the same races. In 2020, he changed his boat and continued to be involved full time on the Mini circuit until 2021.

Paul joined the Legallais Sailing Team at the start of 2022 as a technical trainer. His role was to carry out the technical monitoring of the boat throughout the year, including the supervision of the winter shipyard, the boat’s optimisation for solo sailing and the logistics before, during and after races.

TheClass40 rule emerged born in the early 2000s with the aim of filling the gap between the Minis (6.50m boats) and the IMOCAs (18m). The idea was to create a racing machine that was seaworthy enough to cross the Atlantic safely.

It has now become a breeding ground for talent in ocean racing and allows both fine racers and aspiring round-the-world racers to gain solid maritime experience.

The Class40 No. 145 is a Mach 40.3 launched in 2015. As the second boat in the series dominating the races in 2016-2019, it combined performance and reliability. This attractive profile has already allowed him to cross the Atlantic 6 times.

Visit the interior of the boat virtually

LEGALLAIS’ Class40 will fly the colours of the ACTA VISTA association throughout the year.

Since 2002, ACTA VISTA, a major actor in active inclusion through heritage, has been using the restoration of endangered heritage to support and train people in precarious situations, in order to help them regain confidence and build a professional future.

The LEGALLAIS company Foundation will pay to the association €1 per nautical mile of the total distance covered in all the races the Legallais Sailing Team takes part in. Through the 5 races of the 2022 sports program, the LEGALLAIS Foundation will contribute over €6,500 to ACTA VISTA.

For further information on the ACTA VISTA association

Combining craftsmanship and technology, ocean racing naturally includes many SMEs and ISEs in the construction industry, a world with which it shares many common points, including the need to have good tools to work accurately.

For the past few years, the French enthusiasm for ocean racing has been growing. This is due in particular to the development of state-of-the-art technologies that allow close contact to be kept with sailors taking part in the race through video conferences, videos, photos and regular e-mails.

THE LEGALLAIS SAILING TEAM: 5TH IN THE CLASS40 CHAMPIONSHIP IN 2021 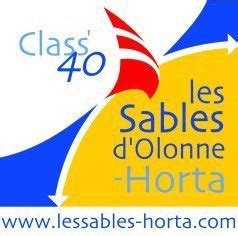 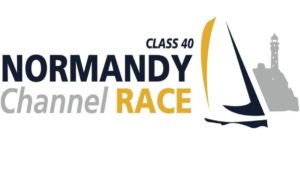 WE’RE IN THE NEWS

Find the LEGALLAIS SAILING TEAM crew on our social networks: